The Current COVID-19 Situation in Japan

The State of the Japanese Hotel Industry 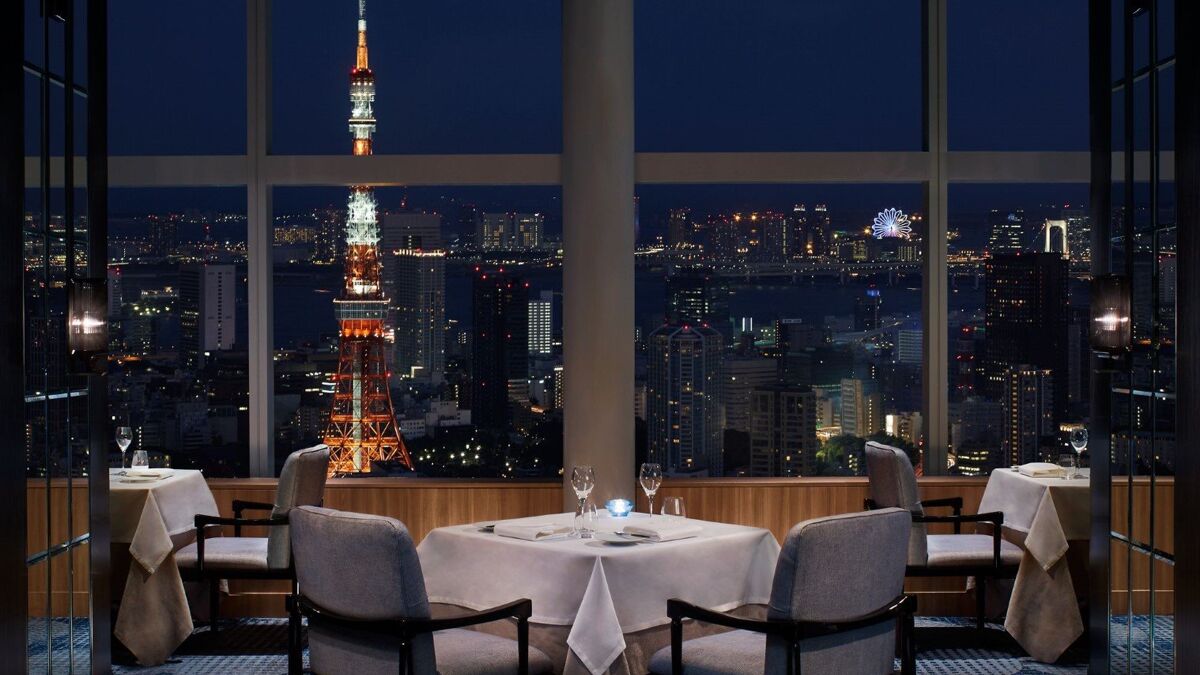 Are you wondering how COVID-19 has been affecting the Japanese economy? Perhaps you’re considering traveling to Japan in the future and want to know how the hotel industry has been affected.

However, recent events have resulted in the closure of hotels, and this has had a massive effect on the economy. What is the state of the Japan hotel industry currently, and how are they dealing with COVID-19?

In recent years the hotel industry has been booming due to the number of tourists who want to visit the country. The hospitality industry, in general, has seen a steady increase in business.

Hotels were being developed and constructed at a fast pace due to low property prices. Many business owners were investing in the hospitality sector. In Osaka alone, 21,000 new hotel rooms were built between 2015 and 2018.

The increase in tourism in the past decade has been due to Prime Minister Shinzo Abe’s reforms. He ambitiously created a plan to improve Japan’s economy, and tourism was one of the areas that he focused on most. Abe aimed to attract a staggering 40 million inbound tourists by the year 2020 and a further 20 million by 2030. Japan was on track to reach these impressive numbers as the government and citizens had invested heavily in the hotel and hospitality industries.

Japan had also planned to host the 2020 Olympics (now rescheduled to summer 2021), and hoteliers were expecting this year to be an excellent year for business. As well as developing hotels, Abe legalized casinos and attracted foreign investment into Japan’s hospitality sector. In 2019 Japan had 31.9 million visitors, and they spent $43.65 billion in the country. It was predicted that 34 million foreign visitors would travel to Japan in 2020.

Many people run AirBnb’s in their home to make an extra income; others use the site for advertising rooms in their ryokans (small traditional inns). The number of Airbnb rooms in Japan has risen steadily since the launch of the site in 2008. It’s estimated that Japan has around 60,000 Airbnb rooms available, and there were predictions that this number would increase to meet the demand for accommodation during the 2020 Tokyo Olympics. The run-up to the Rugby World Cup in 2019 saw many families adding their spare rooms to Airbnb to fill accommodation shortages and make extra money.

According to Japan’s Ryokan and Hotel Association, many small hotel owners invested in expensive upgrades to their business last year, expecting to see a surge in business due to the Olympics. The association oversees 2,500 small and medium-sized Ryokans, hotels and inns across the country and said that owners wanted to upgrade their facilities to provide tourists with more comfort and facilities.

Hotels across Japan have been eerily quiet over the last couple of months, and COVID-19 has had a significant effect on business. The government has banned international travel to the country and also curtailed domestic travel, which has resulted in major disruptions to the hotel industry.

Many hotels find that spring is their busiest season, and this year hotel owners across Japan, but especially in Tokyo, were getting ready for the Olympics. Unfortunately, the extra income they were predicted to make won’t come to fruition anytime soon, and instead, the hotel industry has seen a massive slump in bookings.

Many hotels are coming up with creative advertising ideas, and those with cafes and bars have been offering promotions. The owner of the Corona Hotel in Osaka has reported that his business is earning just one-third of what they made this time last year. Hotels that are still open are cutting their prices to attract domestic travelers and those who need to travel for business reasons.

The Tokyo Olympic Games have now been postponed, and hotels and ryokans have seen a reduction in bookings. They also have had many cancelations because the government has banned unnecessary travel. In most cases, hotel owners are unable to charge a cancellation fee.

In April of this year, the number of tourists visiting Japan was less than 5% of what it had been at the same time in 2019. Economic analysts have predicted that it’s likely to be a terrible year for tourism. COVID-19 has had a greater effect on cities such as Tokyo and Osaka, where many people rely on the hotel industry and tourism to make a living. These areas receive many thousands of tourists each year, particularly from China.

REIT, which stands for Real Estate Investment Trusts, has reported a reduction in shares over the last few months. REITs focus on hotel assets and have seen the value of shares plummet on the Tokyo Stock Exchange. It’s expected that many hotel owners will face bankruptcy if they are closed for much longer and if the government doesn’t provide financial support. Domestic hotel chains are the ones that are likely to suffer most as they are smaller and have less capital than larger international chains.

Japan’s tourism provides about 4.7 million jobs across the country, which accounts for about five percent of the economy. Hotel staff are now having to stay at home and are receiving government subsidies, which amounts to two-thirds of their standard pay.

Many hotel chains are seeking additional aid from the government to help during this difficult time. The Japanese government is considering investing $137 billion to help reduce the damage caused by the economic crisis.

Only the future will tell us what will happen to the Japanese hotel industry. Will they be able to rebuild their tourism to the level it was at before? Or is it already too late for some of the smaller hotels who relied on tourists to provide an income? It’s likely that for many of the hotels, their businesses will be completely wiped out.

However, hotel owners are trying to stay positive. Many are receiving government subsidies and feel that they will be able to rebuild their business in time. Although hotel investment sentiment has fallen with COVID-19 and hotel owners aren’t making any money, it’s expected that the hotel industry will recover. It’s predicted that hotel asset levels will normalize rapidly after COVID-19. 27% of hotel owners believe that they will full recovery within the first six months, and another 48% think that full normalization will take between six months and a year. It is believed that 75% of hotels will reach full normalization within a year. Therefore, now may be a good time to invest in the hotel industry as shares have fallen in price, and these will, in time, provide a positive return on investment.

Since the state of emergency was declared over on May 25th, there has been an uptick in domestic tourism, but international visitors are still few and far between. Assuming COVID-19 infection numbers stay low in Japan in the coming weeks, we assume there will be a gradual reopening of flight routes and tourism destinations within the country, and for eager travelers to resume their journeys once more. 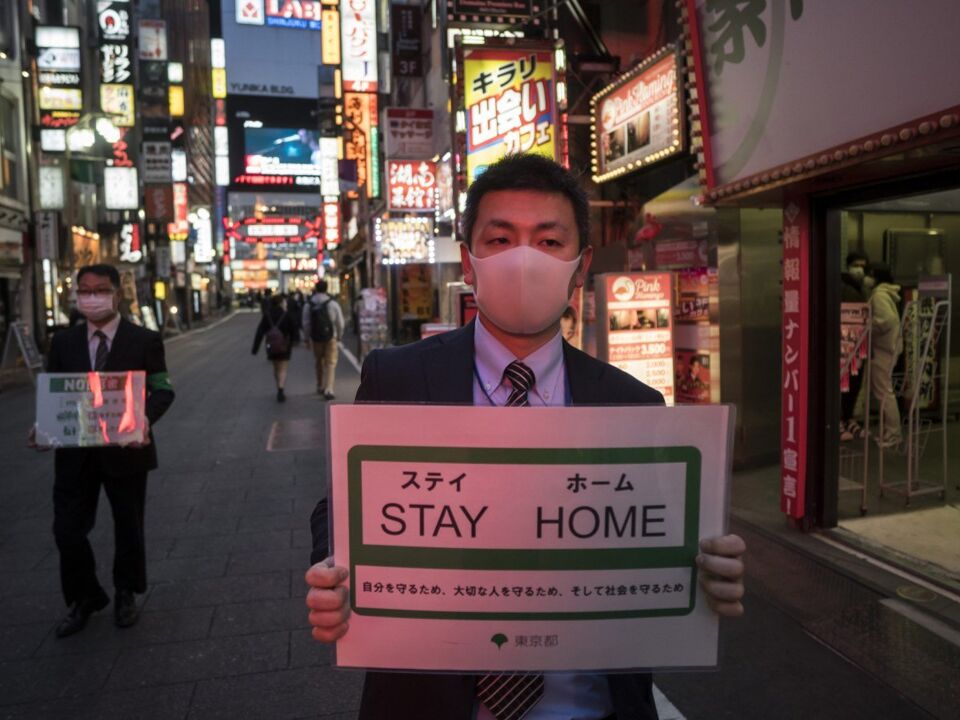 The Current COVID-19 Situation in Japan